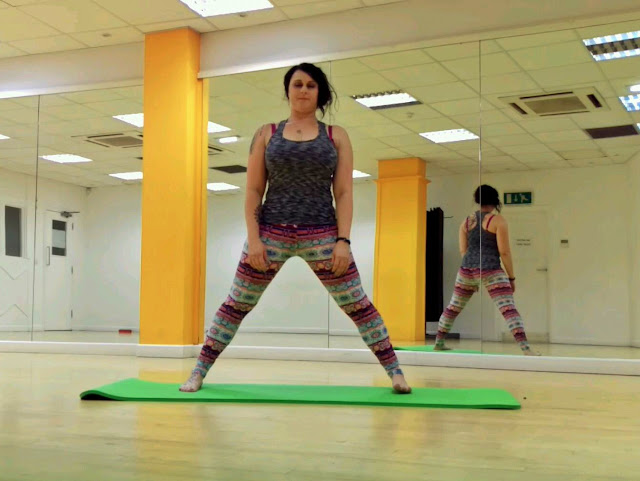 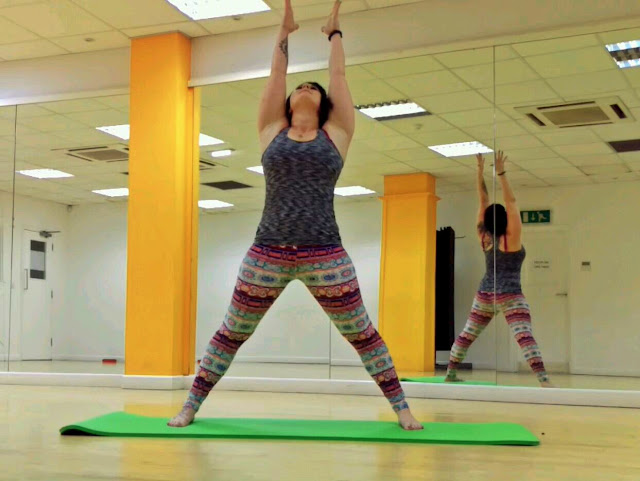 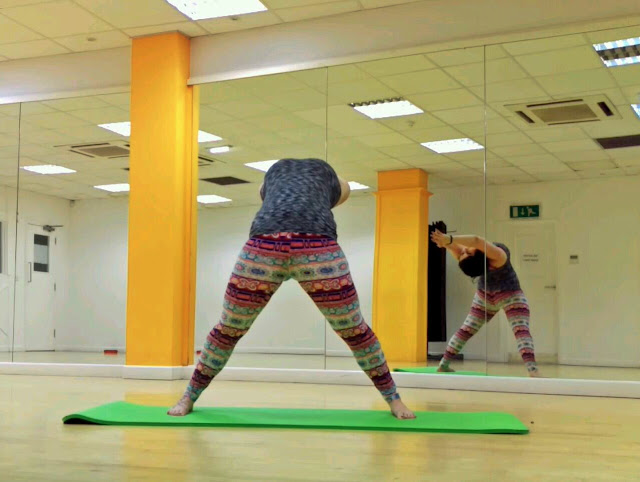 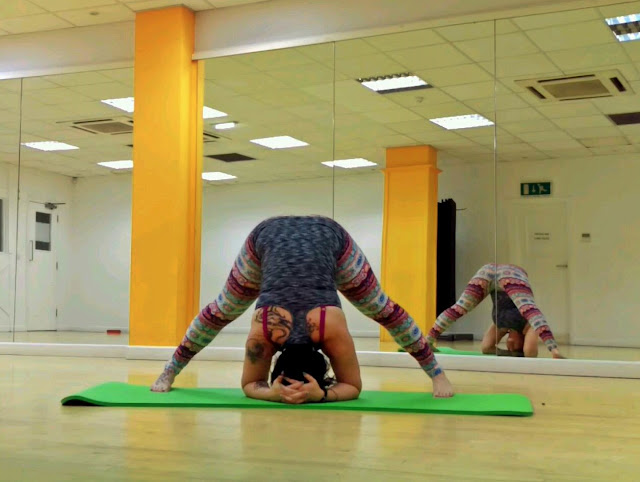 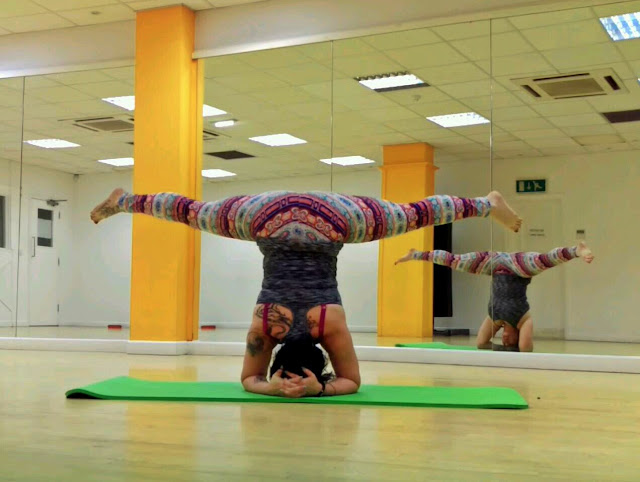 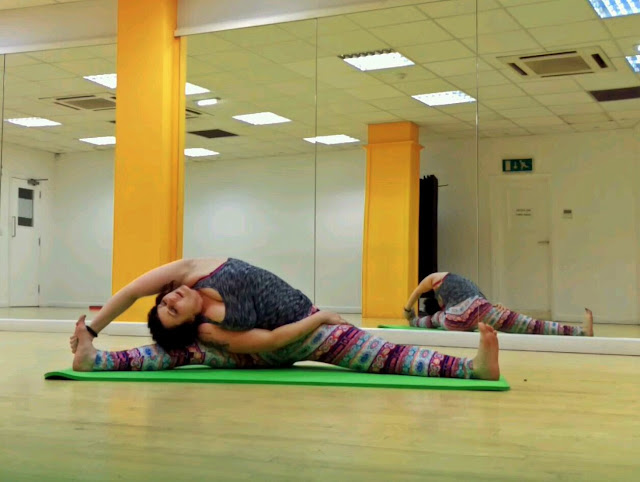 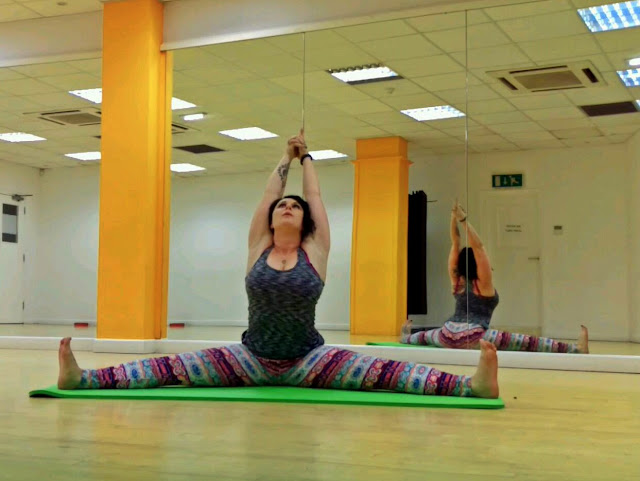 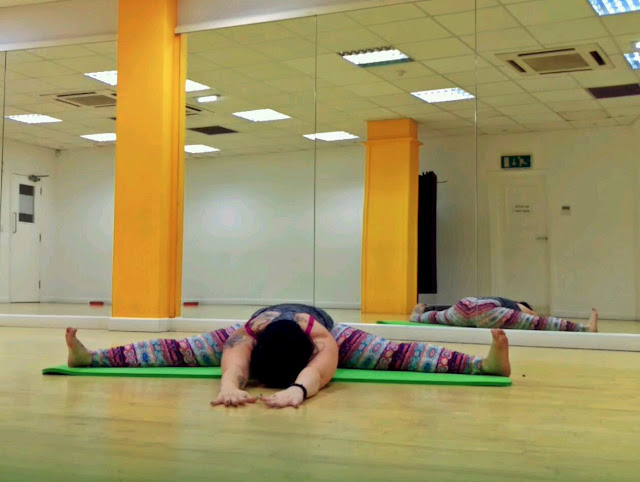 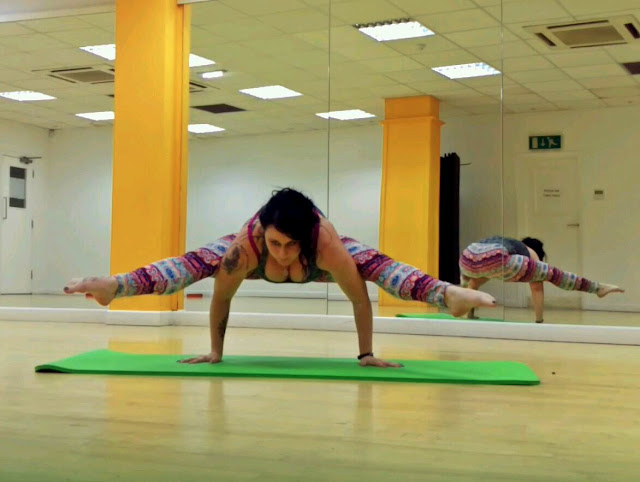 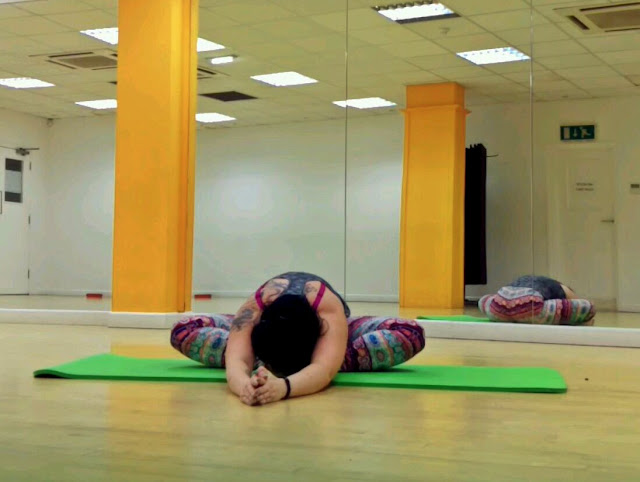 3 days until the CHALLENGE!!!

Only 3 days to go until me and Natalie and few more of you will attempt 108 sun salutations in Discovery Centre, Stockwood Park, Luton for Make a Wish Foundation. Please donate using the Just Giving Page below and come along to support us! Thank you :-) 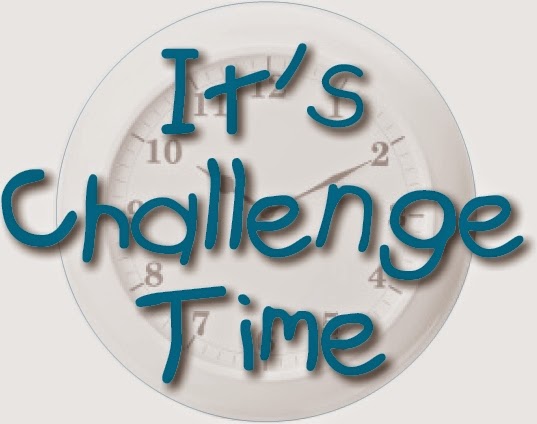 A bit of morning motivation...

I woke up at 4am this morning full of energy! started with a bit of practice :) sun is up, and here is a little motivation, cos sometimes we just need it :)

Have a great day and I am back to all my classes today - can't wait to see you all!!! 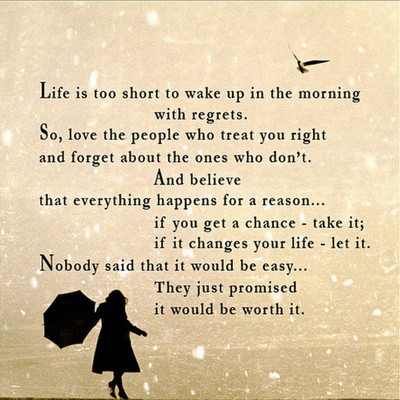 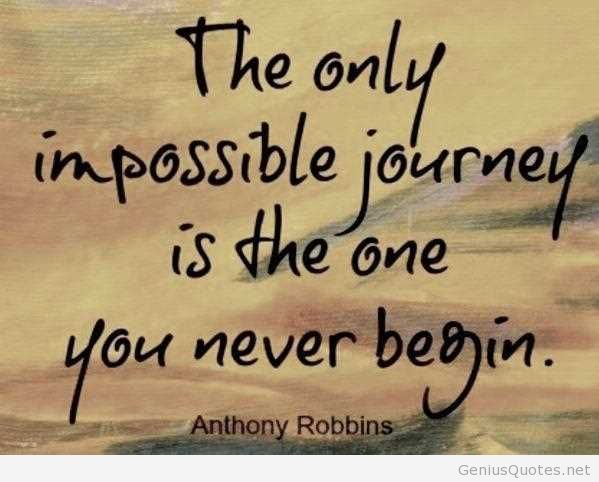 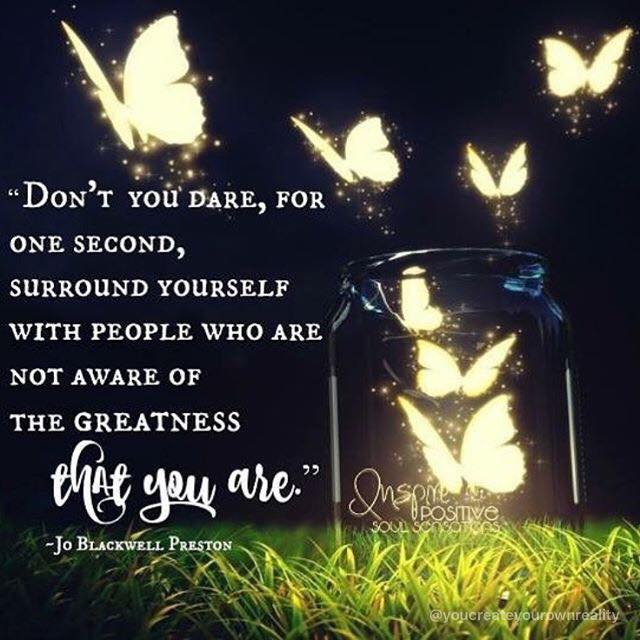 Email ThisBlogThis!Share to TwitterShare to FacebookShare to Pinterest
Labels: Inspiration

What a great fun we had today in Pilates class in Venue360 in Luton - it was such a nice weather we had our class outside :) 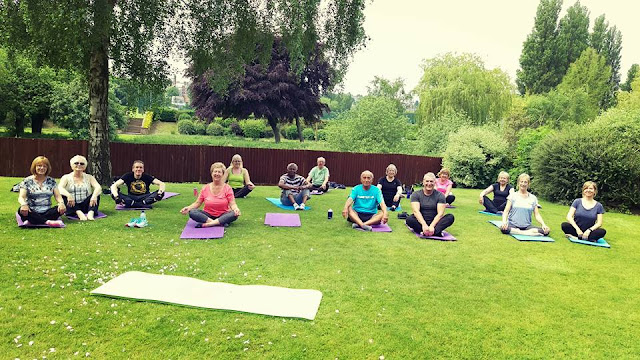 Email ThisBlogThis!Share to TwitterShare to FacebookShare to Pinterest
Labels: Pilates

Have you ever wondered about the Significance of the number 108? Why do we do 108 Backbend Dropbacks or 108 Sun Salutations in Yoga…?
I have looked up many of the symbology and would love to hear more….
A japa mala or mala is an eastern rosary with 108 beads. The mala is used both in Hinduism and Buddhism for counting mantras, chants or prayers. 108 has been a sacred number for a long time, and this number is explained in many different ways.

Traditionally, Buddhist have 108 beads, representing the 108 human passions that Avalokiteshvara assumed when telling the beads. This number ensures a repetition of a sacred mantra at least 100 times, the extra beads allowing for any omissions made through absentmindness in counting or for loss or breakage of beads.
Sometimes smaller divisions can be used: 108 is divided in half, third, quarter, or twelfth, so some malas have 54, 36, 27, or 9 beads.
Regardless of the meaning of 108, it is important that if a mala is used to count mantras, the mantra be given sincerity, devotion, feeling, and full attention.
108 may be the product of a precise mathematical operation (e.g. 1 power 1 x 2 power 2 x 3 power 3 = 108) which was thought to have special numerological significance.
POWERS of 1, 2 & 3 IN MATH: 1 to 1st power=1; 2 to 2nd power=4 (2×2); 3 to 3rd power=27 (3x3x3). 1x4x27=108

SANSKRIT ALPHABET: There are 54 letters in the Sanskrit alphabet.Each has masculine and feminine, shiva and shakti. 54 times 2 is 108.
HARSHAD NUMBER: 108 is a Harshad number, which is an integer divisible by the sum of its digits (Harshad is from Sanskrit, and means “great joy”)
DESIRES: There are said to be 108 earthly desires in mortals.
LIES: There are said to be 108 lies that humans tell.
DELUSIONS: There are said to be 108 human delusions or forms of ignorance.
9 x 12: Both of these numbers have been said to have spiritual significance in many traditions. 9 times 12 is 108. Also, 1 plus 8 equals 9. That 9 times 12 equals 108.
TIME: Some say there are 108 feelings, with 36 related to past, 36 related to present, and 36 related to future.
ASTROLOGY: There are 12 constellations, and 9 arc segments called namshas or chandrakalas.9 times 12 equals 108. Chandra is moon, and kalas are the divisions within a whole.
PLANETS AND HOUSES: In astrology, there are 12 houses and 9 planets. 12 times 9 equals 108.Gopis of Krishna: In the Krishna tradition, there were said to be 108 gopis or maid servants of Krishna.
SUN AND EARTH: The diameter of the sun is 108 times the diameter of the Earth.
NUMERICAL SCALE: The 1 of 108, and the 8 of 108, when added together equals 9, which is the number of the numerical scale, i.e. 1, 2, 3 … 10, etc., where 0 is not a number.
DANCE: There are 108 forms of dance in the Indian traditions.

PYTHAGOREAN: The nine is the limit of all numbers, all others existing and coming from the same. ie: 0 to 9 is all one needs to make up an infinite amount of numbers.
STAGES OF THE SOUL: Atman, the human soul or center goes through 108 stages on the journey.
SRI YANTRA: On the Sri Yantra there are marmas where three lines intersect, and there are 54 such intersections. Each intersections has masculine and feminine, shiva and shakti qualities. 54 x 2 equals 108. Thus, there are 108 points that define the Sri Yantra as well as the human body.
ANAHATA (HEART) CHAKRA: The chakras are the intersections of energy lines, and there are said to be a total of 108 energy lines converging to form the heart chakra. One of them, sushumna leads to the crown chakra, and is said to be the path to Self-realization.
MARMAS: Marmas or marmastanas are like energy intersections called chakras, except have fewer energy lines converging to form them. There are said to be 108 marmas in the subtle body.
MERU: This is a larger bead, not part of the 108. It is not tied in the sequence of the other beads. It is the quiding bead, the one that marks the beginning and end of the mala.
BUDDHA’S FOOTPRINT: All Buddhists accept the Buddha Footprint with its 108 Auspicious Illustrations. These areas are considered to have been marked on the Buddha’s left foot when his body was discovered.
BUDDHISM: 108 beads on the Hindu maalaa {rosary} 108 Arhats or Holy Ones
HINDUISM: 108 Gopis {consorts} of Lord Krishna 108 Holy places for Vaishnavas 108 beads on the Japa maalaa {rosary} 108 Upanishads 108 Divyadeshes – Divine or Sacred Tirtha throughout India and Nepal 108 sacred water taps in Muktinath – Nepal
ISLAM: The number 108 is used in Islam to refer to God.

JAIN: In the Jain religion, 108 are the combined virtues of five categories of holy ones, including 12, 8, 36, 25, and 27 virtues respectively.
SIKH: The Sikh tradition has a mala of 108 knots tied in a string of wool, rather than beads.Chinese: The Chinese Buddhists and Taoists use a 108 bead mala, which is called su-chu, and has three dividing beads, so the mala is divided into three parts of 36 each.
SHOSHU BUDDHIST: 108 beads in their malas.They implement the formula: 6 x 3 x 2 x3 = 108 6 senses [sight, sound, smell, taste, touch, thought]3 aspects of time [past, present, future]2 condition of heart [pure or impure]3 possibilties of sentiment [like, dislike, indifference]
TAI CHI CHU’AN108-form Wu family Tai Chi ChuanThe different slow motion solo sequences of T’ai Chi Ch’uan are the best known manifestation of T’ai Chi for public. In English, called the hand form or just the form; in Mandarin it is called ch’uan: 拳 They are performed slowly by beginners and are said to promote concentration, condition the body and acquaint students with the inventory of motion techniques for more advanced styles of martial arts training.http://en.wikipedia.org/wiki/108-form_Wu_family_tai_chi_chuan

TANTRA SHASTRA: 108 Pitha {Sacred Places} The story goes that Lord Shiva was in deep and incessant meditation. His asceticism was creating great heat in the universe. All existence was in peril and Lord Brahma was deeply concerned.
Lord Brahma asked the Mother of the Universe, Maa Shakti, to use Her strength and wile to seduce Lord Shiva. Maa Shakti agreed and was born as Sati, daughter of Shri Daksha. Lord Shiva was so entranced by Sati’s asceticism and extraordinary beauty that he took human form and they were married. Years later, at a feast, Sati’s father insulted Lord Shiva. Sati was so humiliated that she began a deep meditation which led to her immolation.
Lord Shiva was completely heart broken. He reached into the sacrificial fire and pulled out as much of His beloved’s body as he could grab. As He ascended to heaven, bits of Sati’s body fell to earth. 108 bits to be precise! In time, these places were acknowledged and worshipped.
SANATANA DHARMA: In a book by Khurana, the explanation mirrors original Vedic justifications: A circle has 360 degrees, which when multiplied by 60 gives 21,600 minutes in a circle. 60 comes from the 60 ‘ghatis’ which Sanatana Dharmiks believe in. One ghati is equal to 24 minutes and 60 ghatis come to 24 hours.
One ghati is divided into 60 parts or ‘palas’. So the 60 ghatis multiplied by 60 palasa comes to 3,600. This is further multiplied by 60 (becase a pala contains 60 vipalas) which gives us 21,600. Half of this is for the day, and the other half for the night. So, 21,600 divided by 2 gives us 10,800. For practical purposes, we use 108.Using the number 108 helps us coordinate the rhythm of time and space & we remain in harmony with the spiritual powers of nature.